Things are moving along at Saratoga Gateway Park!  This park is an extension of Kirby Lane Park, which was completed in partnership with the Franklin Square Community and Bon Secours in 2019. This phase of the project replaces 10 former vacant properties with beautiful landscaping, walking loop, central lawn, a set of swings and pull up bars. Despite the pandemic, Parks & People led the charge to see this project through to implementation at a time when access to parks and green space had become more important than ever.  Demolition officially began in February 2021, and completion of the park will wrap up this spring. Once completed, this space will be the crown jewel for Franklin Square, and showcase the positive power of parks for all who travel on North Fulton Street. 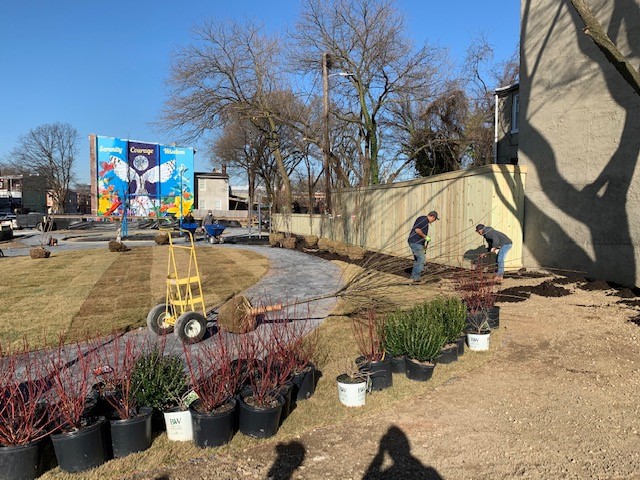