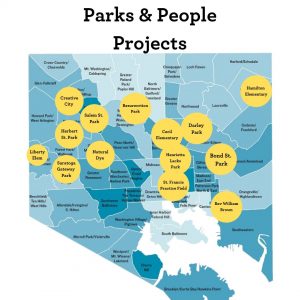 Juneteenth is the oldest African American celebrated commemoration of the ending of 200+ years of enslavement of people of African descent in the United States.

Juneteenth, short for “June Nineteenth,” honors the technical emancipation of the enslaved. Originating in Galveston, Texas, Juneteenth is considered the longest-running African American holiday. Since 1865, this celebration has been known by a number of names; such as Freedom Day, Jubilee Day, Liberation Day, and Emancipation Day. All of these names make it clear that for the formerly enslaved and their descendants this day marked a release from the evils of enslavement. Thus, Juneteenth commemorates African American freedom from American enslavement and is marked with celebrations, picnics, family gatherings, reflection and rejoicing.

Consequently, it is important that all of us know the importance of Juneteenth, as our combined future must first acknowledge our combined history.

Juneteenth was the end of formal enslavement, but it was not the end of the racism that caused enslavement. Reconstruction is widely considered a failed experiment. “40 acres and a mule” never happened. Reparations are still a hotly contested political issue, and never conferred to the formerly enslaved or their descendants. Without the promised land or financial compensation from reparations, many formerly enslaved people were forced into a new form of enslavement cloaked as sharecropping, tenancy farming, or some form of economic subservientude by former slaveholders.

These racists’ actions and beliefs continued as in 1934, Congress created the Federal Housing Administration (FHA) and they created a system of maps that rated neighborhoods according to their determined value. This practice would lead to “redlining” in which neighborhoods where Black people lived were rated “D” and were usually considered ineligible for FHA backing. Redlining went beyond FHA-backed loans and spread to the entire industries withholding investments or services in Black communities. This practice doomed Black communities to a future of disinvestment and decay.

Redlining began in Baltimore and its harm still lives. Morgan State University Associate Professor Lawrence Brown, coined the term the “black butterfly,” which describes the segregated wings of East and West Baltimore. Many of the report’s maps show it is in the butterfly where investment lags. The policies of public and private institutions that continue long past Juneteenth are to blame.

Parks & People intentionally works to bring equity and justice in these butterfly wing spaces. We acknowledge a Juneteenth celebration without intentional work to repair the harm is symbolic only, without real substance. Therefore, we build world-class parks, greenspaces, and facilities squarely in areas devastated by redlining and other unjust policies.

One of the largest, most concrete testaments to redlining is of course, Baltimore’s infamous Highway to Nowhere. An 1.2-mile giant stretch of concrete road that dissects West Baltimore neatly into north and south, the locals dubbed the “Highway to Nowhere.”  The project destroyed 971 houses, 62 businesses and displaced 1,500 residents. Now the one-mile, six-lane road is hardly ever used, never finished, and too expensive to tear down. A real way to celebrate Juneteenth would be to redesign the highway into a revitalizing green space for West Baltimore.

As one of Baltimore’s leading green space advocacy voices, remediating and repairing the “Highway to Nowhere” is of great interest to Parks and People, as a way to honor Juneteenth with meaning. Through intentional action and remembrance, Parks & People honors Juneteenth by working to repair the legacies of enslavement. Because: “Everyone deserves a park!”