Previous Next
Groundbreaking at Greenmount Park!

What Was & What Will Be

Johnston Square, like many historically redlined communities in Baltimore, lacked green space for large scale recreational opportunities. Additionally, Saint Francis Academy’s football team had to drive an hour, 3 days a week, to different locations just to practice. The Johnston Square Community, school administration, and students are thrilled to have a recreational green space in place of abandoned buildings. The interim field is Phase 1 of a massive overhaul for what will eventually be the fully envisioned Greenmount Park.

While the master planning effort is underway, a part of the ‘Vision Plan 2020’ led by the Johnston Square Partners include a proposed four-acre park will to be shared between the neighborhood and Saint Frances Academy.  This new space plans to be a convenient, accessible, inclusive recreation space for all. The first phase of the park, which is under construction now, includes a practice football field, fitness stations, walking paths and crucial perimeter shade trees. This multipronged redevelopment project will be centrally located to allow for maximum access in order to enhance the neighborhood’s safety, walkability, and diversity. Further, this project is squarely on one of the starkest redlines in the city. It is unmistakable where Johnston Square ends and the affluent Mount Vernon begins. To be able to usher in a fresh, functional green space where the grim ghost of the old red line sits is truly the quintessence of our work here. Stay tuned for updates on this vital transformation – the ribbon cutting for the interim field is scheduled for the end of October! 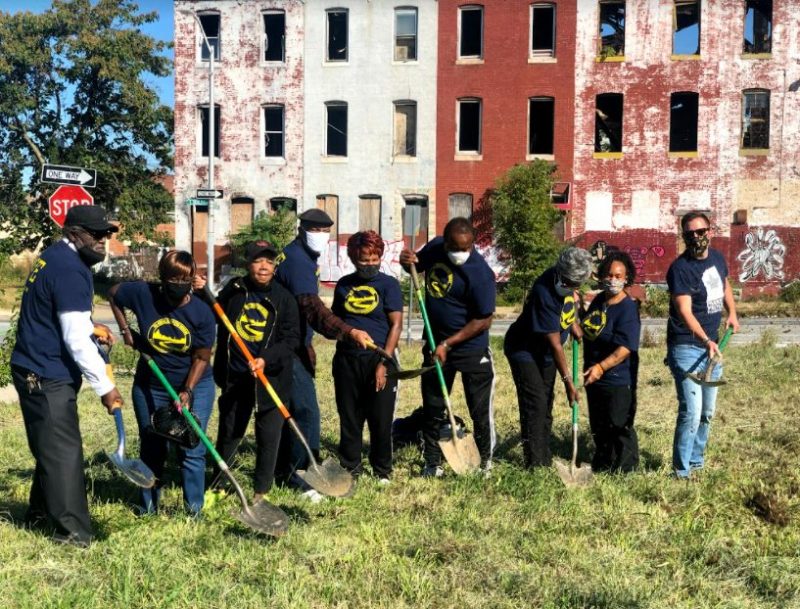 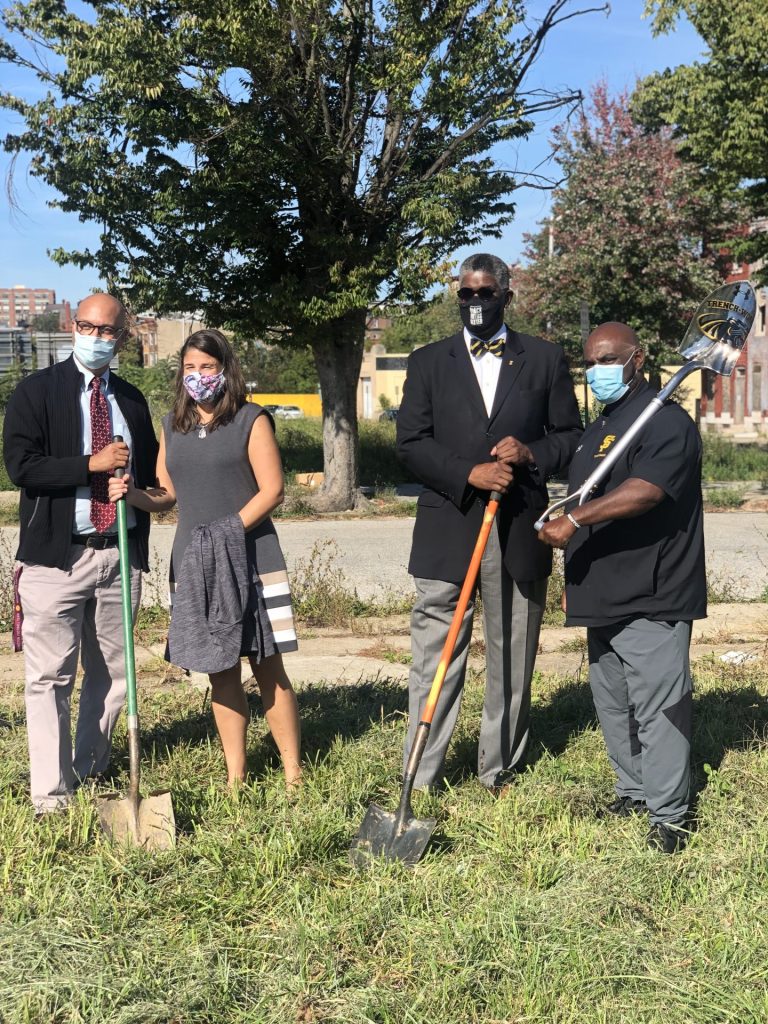 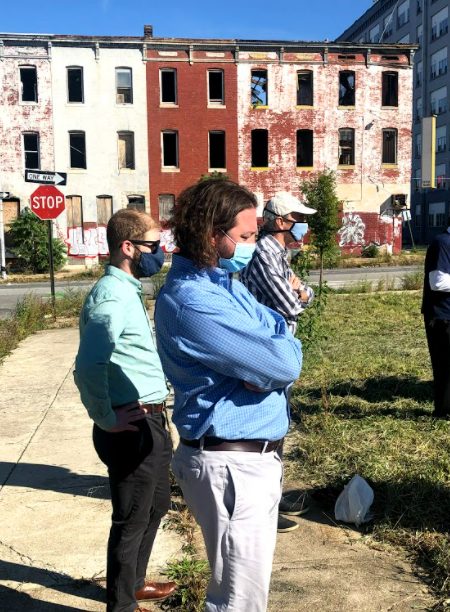 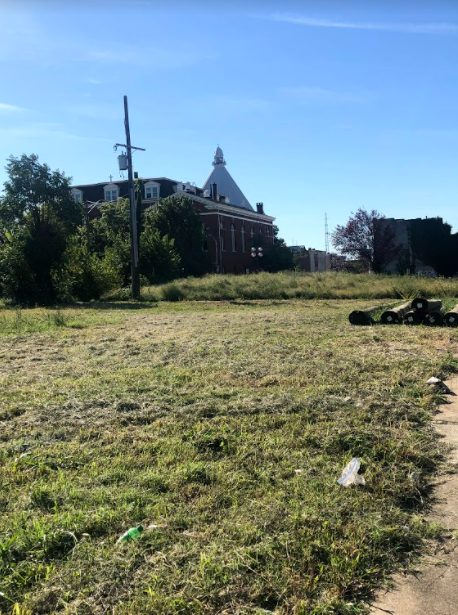