Previous Next
RFP-Consultant for the Baltimore Black Sox Project! 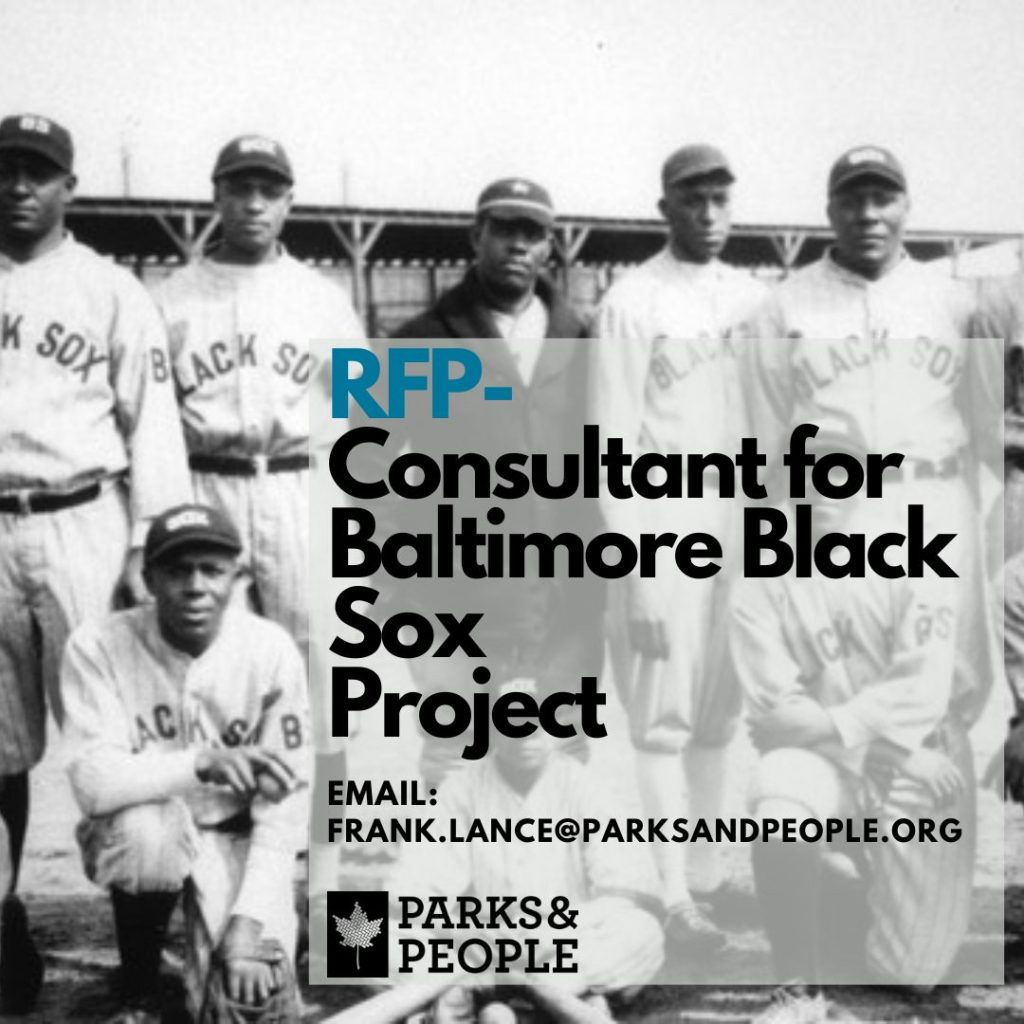 Parks & People is seeking a consultant for Reimagine Middle Branch’s dedication to the Baltimore Black Sox!

Since 2018, P&P has collaborated with South Baltimore Gateway Partnership (SBGP), Baltimore City’s Mayor’s Office, Baltimore City Department of Recreation and Parks (BCRP), Baltimore City Department of Planning and a number of community leaders, elected officials, and residents to reimagine the 11 mile shoreline of the Middle Branch Waterfront. This blue oasis in Baltimore, which runs from Port Covington to Masonville Cove, has been historically disenfranchised and robbed of its potential to be a crown jewel destination site for Baltimore. With our partners, we have been actively working to correct this by seeking to raise and reinvest the funds needed to enable the “Middle Branch” to become a regional destination site full of trails, passive green spaces, parks, new homes, and gorgeous water views.

Part of reimagining the Middle Branch is to be intentional about honoring its past, and the fortitude shown by generations of persons of color against racists policies. Over the years, these mostly Black communities have seen highways and mass transit routes create barriers between their main streets and waterfront; trash incinerators pollute their air; and the City’s water runoff pollution.

Additionally, the Westport community was also home to the Negro League teams in the late 19th and early 20th centuries. Although these teams operated under different names and owners, the most famous and successful team was known as the Baltimore Black Sox. During the time that they called Westport their home, thousands of fans would come to watch the Black Sox play, taking part in and experiencing the joy that baseball has brought the city of Baltimore for over 100 years. Therefore, to honor the displaced Baltimore Black Sox and the African Americans still calling this area home, Parks & People, in partnership with the South Baltimore Gateway Partnership, seeks a consultant who can lead the effort to honor the Baltimore Black Sox as a part of the Reimagine Middle Branch work.